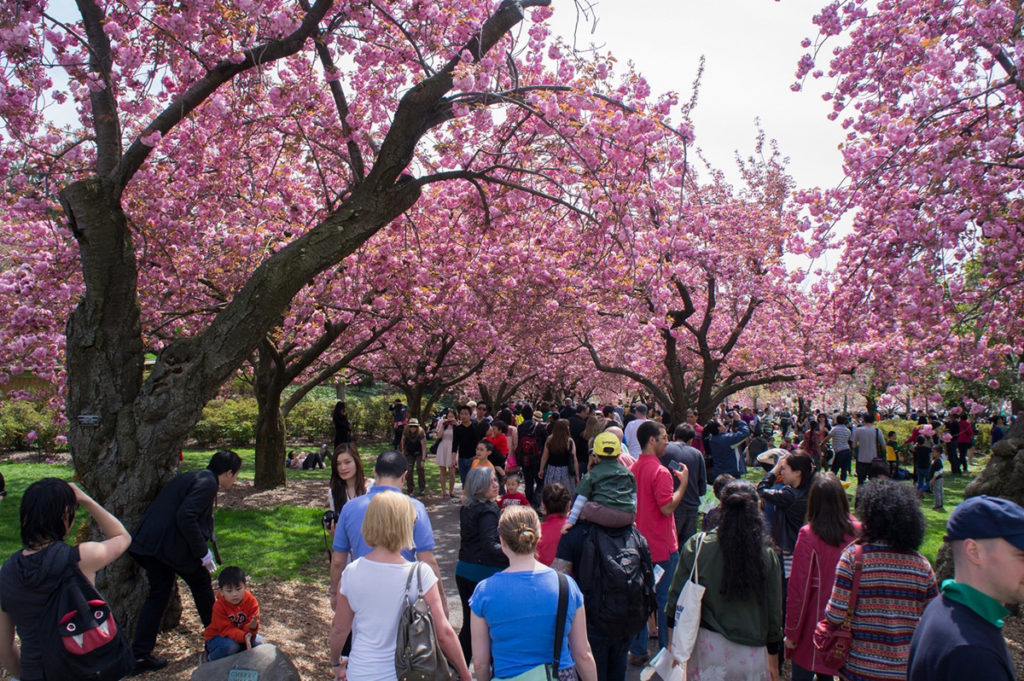 Looking to get away this spring and take a much-needed vacation after this dreary winter? Here are 10 great cities to travel to in March, April and May — and even more great reasons to go.

If you’re into theme parks, you can absolutely spend time at Disney World, Universal Studios, LEGOLand or SeaWorld Orlando — but theme parks aren’t the only reason to travel to Orlando.

Check out other cool experiences like the Coca-Cola Orlando eye, a 400-foot tall ferris wheel (the largest on the East coast) that offers incredible views of the Orlando area. You could also hike, kayak or bike through the Disney Wilderness Preserve in Kissimmee or tour one of the many botanical gardens in Orlando. Golf lovers may want to plan their trip for the week of March 12 to March 18 to catch the Arnold Palmer Invitational at Bay Hill.

Spring is a great time to head to Florida’s gulf coast because there are so many things to do in between spending hours in the sand and sun.

Golfers may want to attend the PGA Golf Valspar Championship that runs March 6 to March 12 at Innisbrook-Copperhead Course. Racing fans will want to check out the Firestone Grand Prix from March 9 to March 11. Baseball fans who can’t wait for April can catch spring training games with the Detroit Tigers in Lakeland, Yankees in Tampa and the Phillies in Clearwater.

Music lovers will love the Tampa Bay Blues Festival on April 6 to 8. Looking for an experience the whole family will love? Check out sand sculptures, live performers and take sand sculpting classes at the Pier 60 Sugar Sand Festival from April 13 to 22 in Clearwater.

Otherwise, your time in the Fort Myers/Punta Gorda area is best spent on the water. Whether you’re kayaking around the islands, hunting for shells on the beach or simply laying in the sand, you’ll definitely enjoy a spring vacation here. Plus, there’s a ton of great food. Sample the best local flavors at the 23rd annual Taste of the Beach at Fort Myers Beach on Sunday, May 6.

Enjoy summer during the spring months with a trip to the Phoenix/Mesa area, where the average daily temperature is in the upper 70s to mid 90s in March, April and early May.

Want to see the Cubs get ready for another season? Catch a spring training game at Sloan Park in nearby Mesa.

Love racing? You don’t want to miss NASCAR’s Monster Energy Cup Series 500 Spring Race Weekend from March 9 to March 11 or IndyCar Weekend: Phoenix Grand Prix on April 6 and 7. Both are at ISM Raceway.

Looking for something more unique? Ostrich Festival (yes, you read that correctly) is March 9 to March 11.

What happens in Vegas stays in Vegas — and there is a LOT happening in Vegas this spring. There are dozens of casinos to check out (and many have activities to do that don’t involve gambling). Some casinos are hosting a variety of performances through March, April and May, including Jerry Seinfeld, Kenny Chesney and Cirque Du Soleil.

Sports fans can attend the Las Vegas Knights’ hockey games or the World Men’s Curling Championships as well. Other events include the Great Vegas Festival of Beer on April 6 and 7.

Want to go outside of the city of sin? Enjoy the sunshine at the nearby Red Rock Canyon, Grand Canyon, Hoover Dam and Lake Mead.

Chances are you’ll only be at O’Hare for a little bit while waiting to connect to a warmer city, but that doesn’t mean you can’t enjoy yourself. Depending on how much time you have, you can head over to the yoga room in Terminal 3 or visit the Rocky Mountain Chocolate Factory, The Field Museum Store and the Kids on the Fly Chicago Children’s Museum.

If you have a longer wait for your connecting flight, consider heading outside of the airport. You can find plenty of shopping nearby at the Fashion Outlets of Chicago or you could experience some thrills at the iFLY Indoor Skydiving facility in nearby Rosemont. Just make sure you’re back at O’Hare in time to go through security again and catch your flight!

You could spend a week in New York and still feel like there’s plenty more to do in the city that never sleeps. Spring is a particularly great time to visit the Big Apple.

There are a wide variety of festivals happening, including the Tribeca Film Festival from April 18 to 29 and the Sakura Matsuri Cherry Blossom Festival on April 29.

Many of NYC’s museums are launching new exhibitions in the spring and tickets are on sale for several award-winning Broadway shows this spring, including Hamilton.

Spring is such a beautiful time to explore some of the most popular spots in NYC too. Take the ferry to Governor’s Island and enjoy a picnic in the sunshine. Enjoy authentic Chinese food in Flushing, take the ferry to the Statue of Liberty on Staten Island or get a great view of the whole city while enjoying a drink on one of the many rooftop bars around the city.

Want to head off the beaten trail? Take the ferry to Roosevelt Island. It’s not as touristy but attractions include Franklin D. Roosevelt Four Freedoms Park, the Smallpox Hospital Ruins (which is rumored to be haunted) and the Blackwell Island Lighthouse. Plus, you’ll get great views of Manhattan, Queens and Brooklyn.

Head to Atlanta this spring to tour the College Football Hall of Fame, which was once located in downtown South Bend.

While enjoying plenty of southern food and Atlanta’s incredible nightlife, you can also visit the Georgia Aquarium and attend SweetWater420 Fest from April 20 to 22.

There is a lot of rich history in Atlanta, so definitely check out some of the museums and the Martin Luther King Jr. National Historic Site if you’re a history buff.

Like Atlanta, Detroit is a great city to be in if you love sports. This spring, you can attend Red Wings, Pistons and Tigers games and check out the nearby Lions stadium.

Tour the water on the Detroit Princess Riverboat and check out the Henry Ford Museum, Motown Museum and the Detroit Institute of Arts. If you have a passport, you can travel across the Detroit River and explore the Windsor, Canada, area.

The Super Bowl wasn’t the only reason to travel to Minneapolis in 2018. You can visit the oldest Basilicia in the country, tour Prince’s Paisley Park or attend the largest interactive mystery dinner show in the United States.

Film lovers won’t want to miss the 37th annual Minneapolis St. Paul International Film Festival from April 12 to 28. And of course, you can truly celebrate spring at Minneapolis’s annual MayDay Parade and festival on May 6.

Of course, a trip to Minneapolis is never complete without a trip to the Mall of America. Sure, you can find great deals at the more than 520 stores at the mall — but you can also find a lot of fun too. The mall also features the Nickelodean Universe indoor theme park, the Sea Life Minnesota Aquarium, FlyOver America and a whole lot more.

Wherever you want to travel this spring, take it easy and travel from the South Bend International Airport. Start planning your next trip now.