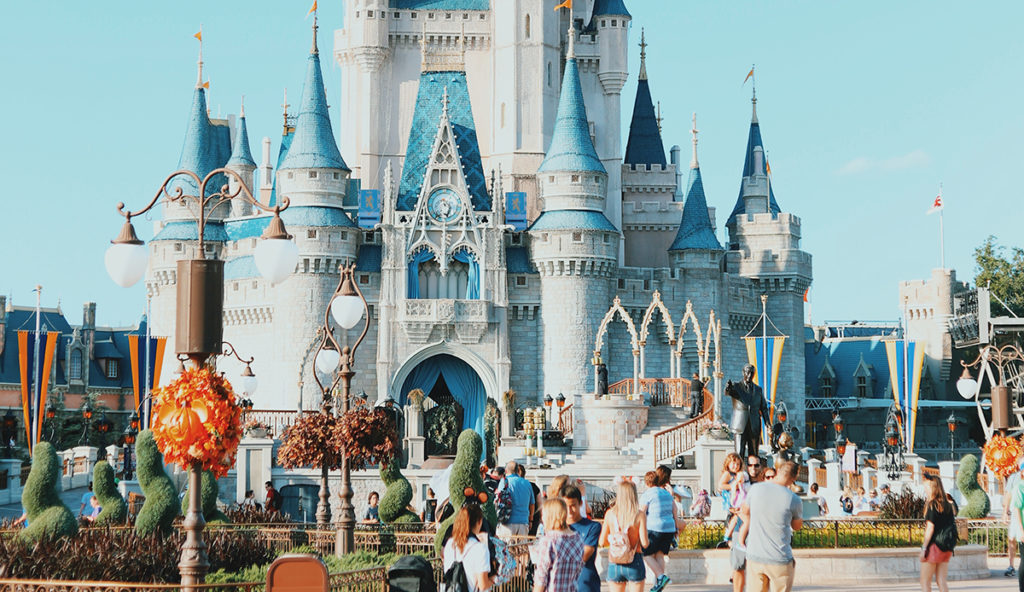 With nature that knows no bounds and theme parks that take you to another world, Orlando is an ideal spot for vacationers of all ages. Allegiant will get you there with nonstop flights from South Bend (SBN) to Orlando/Sanford (SFB).

Orlando boasts more than 50 million visitors each year, which is no surprise given the wide range of foods, theme parks, shopping locations and resorts at almost every corner. Considered one of the top cities for entertainment, you can discover what makes Orlando so unique and a must-have on everyone’s travel bucket list when you make your way to the Sunshine State.

If you’re a foodie who has to “let the phone eat first”, Orlando truly is the place for you. There is no limit to the number of Insta-worthy restaurants and dishes that visitors and locals alike love. For dessert, stopping by Ice & Bites Café is a must. The blue cotton candy cloud affogato looks like a sunset in drink form and their famous fish-shaped cake with ice cream is a one of their top menu items. A trip to Disney World isn’t complete without plenty of food and dessert. For picky kiddos, venture over to Casey’s Corner for some Corn Dog Nuggets and Plaza Ice Cream Parlor for an Ice Cream Cookie Sandwich, both of which are on Main Street and offer unbeatable views of the fireworks at the castle in Magic Kingdom. If your mouth is still watering, try Dole Whip, which is a pineapple soft serve, or the Tonga Toast, which is deep-fried French toast with caramelized bananas.

Did we mention that Orlando is the “Theme Park Capital of the World”? You have endless options for entertainment at Walt Disney World Resort, SeaWorld Orlando, Universal Orlando Resort, LEGOLAND Florida Resort and more. Everything from riding roller coasters and exploring interactive theme parks to swimming with dolphins can be found in Orlando. Venture beyond the Disney parks to the north end of the Mills 50 district that boasts the 45-acre Loch Haven Cultural Park and encompasses the Orlando Museum of Art, The Mennello Museum of American Art, Orlando Repertory Theatre, Orlando Shakespeare Theatre, Orlando Fire Museum and the headquarters of Orlando Ballet.

Orlando is home to the Orlando Magic of the NBA, Orlando City SC of the MLS, Orlando Pride of the NWSL, as well as the United States Tennis Association (USTA) National Campus. The “City Beautiful” also hosts the Citrus Bowl in January, the Florida Blue Florida Classic in November, along side numerous sports events at the downtown Amway Center and Exploria Stadium.

Escape the parks and city life by exploring the flora and fauna Florida is known for. Go on an airboat ride with Wild Florida and travel into the swamps, rivers and marshes. Included in the ticket is access to the wildlife park where guests of all ages can interact and observe a variety of exotic and native animals. Venture out to Blue Spring State Park to be lucky enough to see manatees in their natural habitats, go hiking, or enjoy the St. Johns River on a canoe, kayak, or guided river boat cruise.

The shopping scene in Orlando has it all, from luxury shops to stores that you won’t find anywhere else. With 150 stores, the Mall at Millenia has endless options and is conveniently located less than 15 miles from Walt Disney World Resort. Make a day trip out of visiting The Florida Mall, which has so many shops to offer in addition to American Girl, M&M’s World, Crayola Experience and The Disney Store. If specialty one-of-a-kind shops are your favorite, try stopping by Pointe Orlando where you can shop all day, find live entertainment and soak up the sun outside. And, if you don’t want to leave the Disney World environment, walk through Disney Springs for unique shops and Disney items.