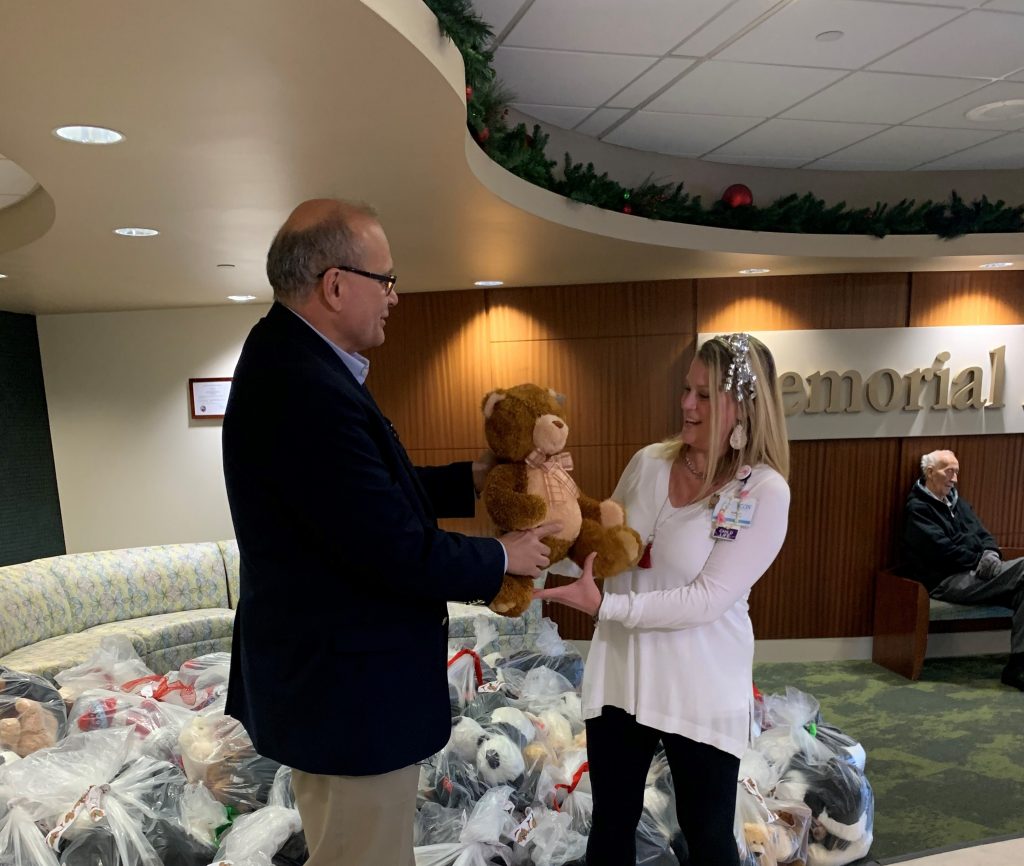 More than 2100 newly purchased teddy bears have been collected as a result of South Bend International Airport’s (SBN) eighth annual Bears in the Air program. On Wednesday, December 19, SBN’s CEO & executive director Mike Daigle and SBN team members will present the bears to pediatric department representatives at Saint Joseph Health System at 9:00 a.m., Beacon Children’s Hospital at 11:30 a.m., and Elkhart General Hospital at 2:00 p.m. Additionally, a SBN team member will present a bear to a child at each hospital pending patient wellness. The following day, the bears will be presented at Lakeland Health at 10:00 a.m. and Plymouth Medical Center at 2:00 p.m.

The bears will offer companionship and smiles during a child’s difficult time. Each hospital will distribute the bears to young patients as they see fit.

“We could not be happier with the results of the Bears in the Air program as we celebrate eight years,” said Mike Daigle, SBN CEO & executive director. “Thanks to our generous community, we have surpassed our goal of 2000 bears. We are touched and grateful.”

The Bears in the Air collection program began on December 6, 2019 when travelers, local businesses, and the general public were invited to support the initiative. The program provides both the donation of teddy bears to children and a cash donation to the Robert L. Miller, Sr. Veteran’s Center. The donation to the veterans will take place in January.

For additional information, please refer to www.FlySBN.com or get social with SBN on Facebook (www.facebook.com/FlySBN), Twitter (@SBNairport) or Instagram (@SBNairport) to stay informed about the airport and the carriers that serve the South Bend region.